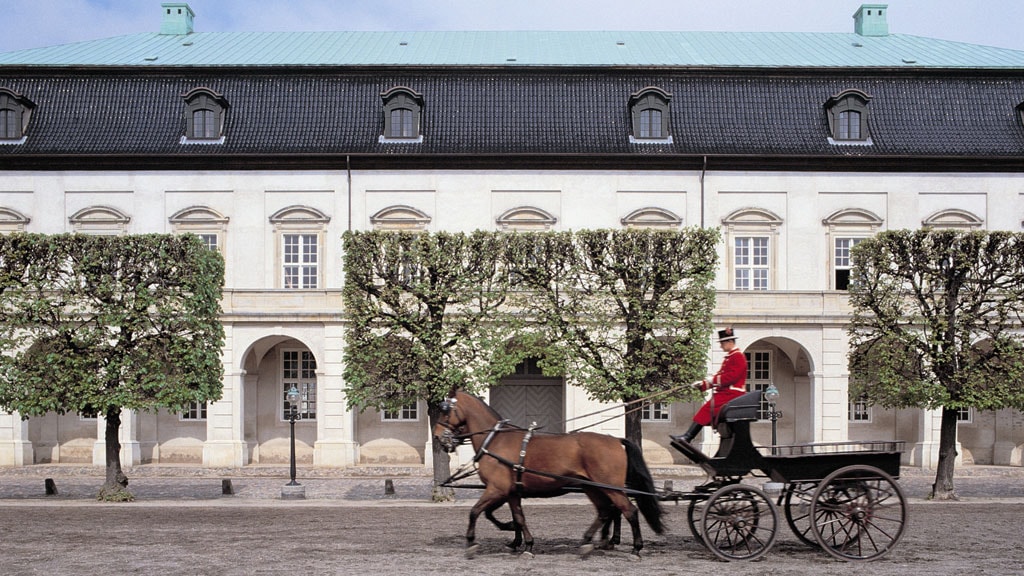 The Royal Stables at Christiansborg Palace

The Royal Stables at Christiansborg Palace
Add to my trip

Show grounds and the two stables’ wings are the only parts of Christian IV’s grandiose baroque palace having survived several devastating fires.

In its heydays, 250 royal horses were stabled. They were the royal family’s living thrones. The horses carried the royals through the country, they carried them on breathless chases, and when they crossed the enemy lines they were to be seen in war.

Today, there are about 20 horses in the Royal Stables.
When the Queen hosts New Year levées and other large parties at Christiansborg Palace, the beautiful white horses are tightened in front of the Gold carriage in splendid gala harness and they take the queen from Amalienborg to Christiansborg Castle.

Traces of Queens in The Harness Museum.

In the royal stables’ harness museum, stands the former kings and queens carriages. The finest is the Gold carriage from 1840 with 24karats gold leaf. The oldest carriage is the widow queen Juliane Maries state carriage from 1778. Caroline Mathilde daring man saddle from the 1700s can also be seen exhibited.

A special attraction in the stables is Christian V’s spotted favourite horse from the 1600s and Frederik VIIs beloved horse, Pearl. It has just been restored and has regained the full glow of his youth