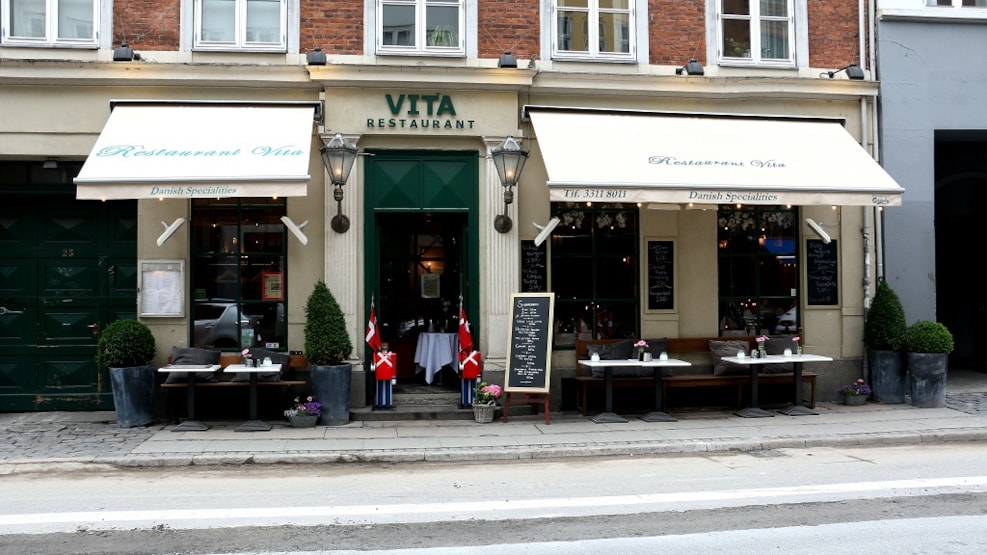 If you have been out partying until dawn or had a late arrival in Copenhagen, and you are tired of pizzas, burgers, and shawarma, then drop by Restaurant Vita in Store Kongensgade street in central Copenhagen for classic Danish dining.

At Restaurant Vita, you will find classic Danish dishes and desserts served in the old royal pharmacy from the 1600s. And despite the late opening hours, you will dine under the chandelier with a fine tablecloth on the table.