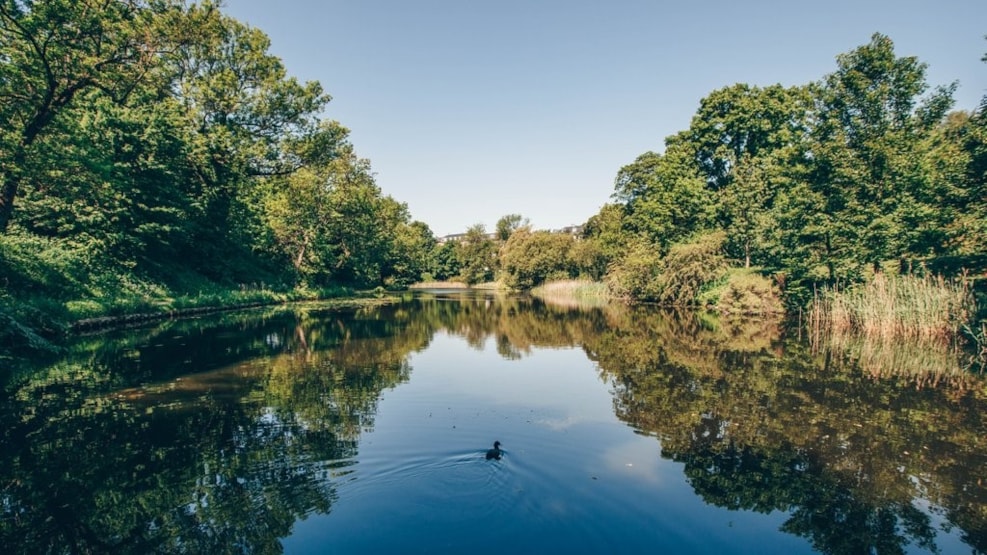 The Østre Anlæg Park covers an area that used to be part of the old fortification system - a series of ramparts and moats encircling the Medieval town. Following the bubonic plague in the 1850s, the population 'burst' out of confinement from behind the fortified centre, and urban development continued radiating out from the city's original nucleus. The park is designed by landscape architect H. A Flindt who also designed Ørstedsparken and Copenhagen Botanical garden.