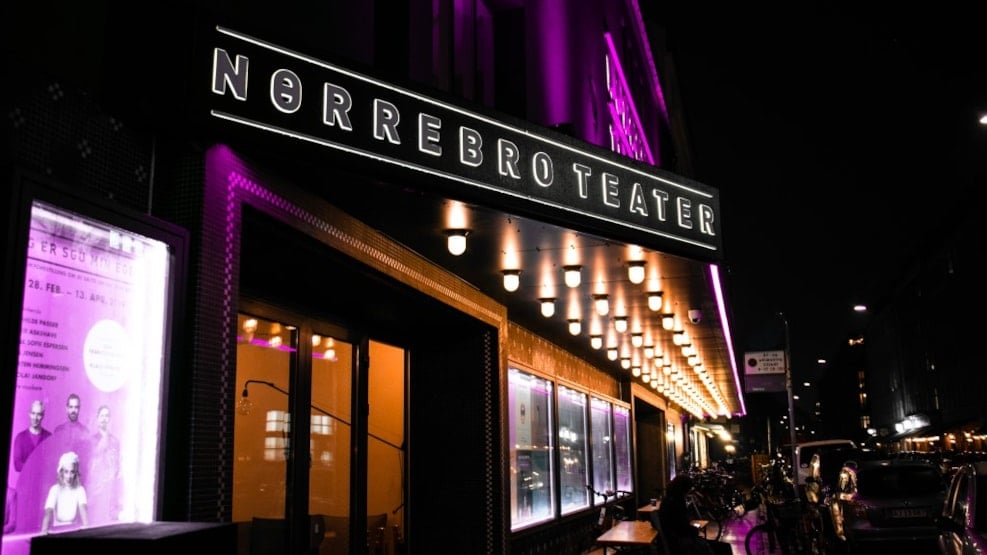 Nørrebro Teater is a theater with focus on the socially relevant comedy as well as musical shows with the over all theme meaningful fun.

Nørrebro Teater is Denmark’s largest comedy theater and has room for 621 visitors every night. The theater is located in Ravnsborggade on Nørrebro, where they have been since the opening 26 December 1886. Nørrebro Theater’s repertoire consists of entertaining and meaningful theater and musical shows, which look at the present day and isn’t afraid to make use of both humor and seriousness.