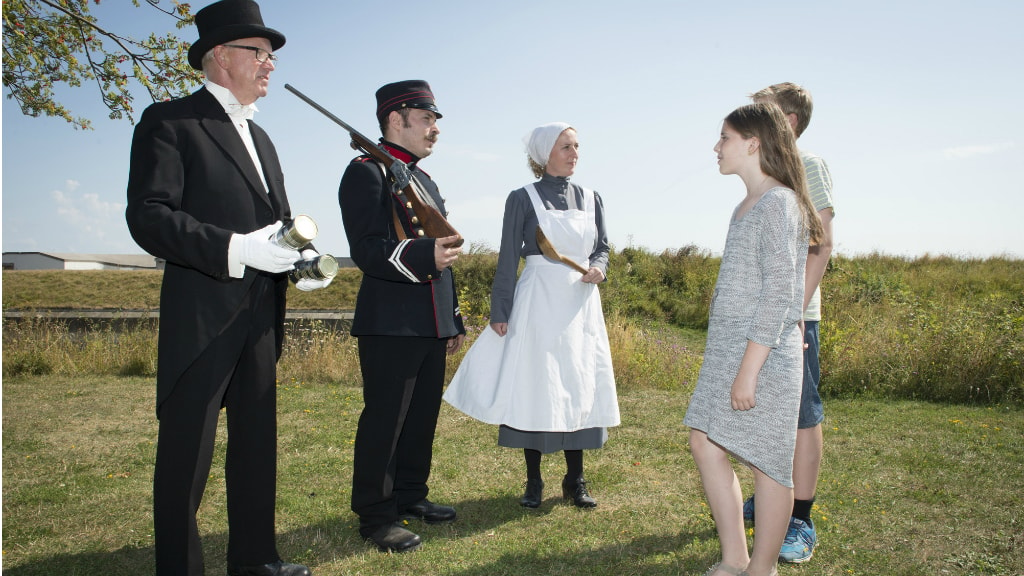 Mosede Fort
Add to my trip

Mosede Fort, Denmark 1914-18 tells the story of Greve’s influence on the Danish neutrality defence during WW1. In 1915 the Danish army built Tunestillingen, a defence line from Mosede Fort to Roskilde Fjord with shooting bunkers, trenches and barbwire blockade. From this defence line thousands of soldiers defended Denmark.

The casemate on Mosede Fort has been reopened as ultramodern museum where the exhibition “On the edge of war – Neutrality between warfare and welfare” tells the story of how Denmark was forever changed. You can feel the war artefacts with your hands, explore drawers and cupboards to find interesting texts or lift the phones and hear soldiers telling their story about life on the fort.

Visit www.danmark1914-18.dk and read about our exhibition and upcoming events on the fort. Mosede Fort is situated in a large green area with restaurant and beach, on the bike route Berlin-Copenhagen, by Karslunde station and just 5 minutes from the southbound motorway.