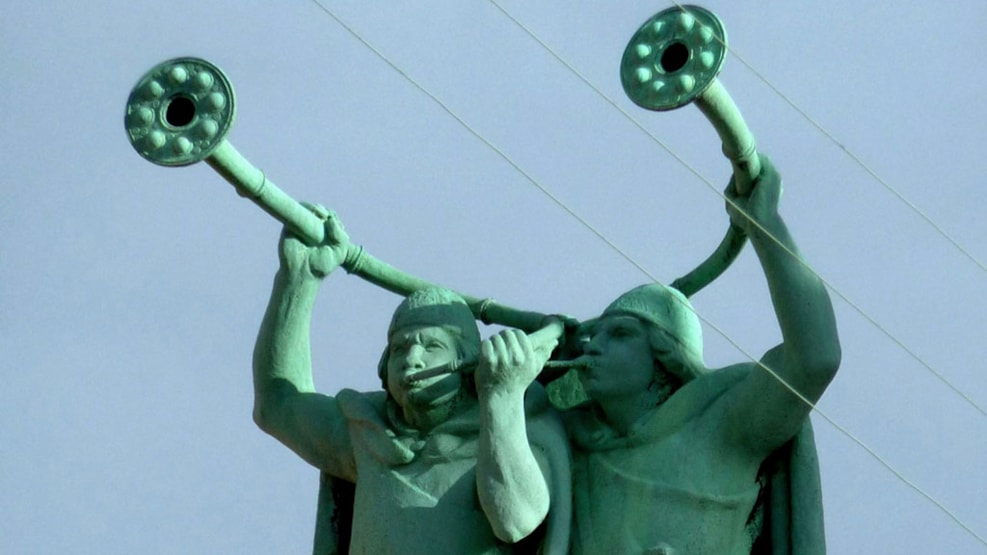 The column was designed by Anton Rosen, the architect who also built the Palace Hotel. The figures are playing a Bronze Age instrument, normally found in pairs by archeologists. Originals can see at the National Museum.

Reportedly, The Lure Players should blow their horns when a virgin passes them.