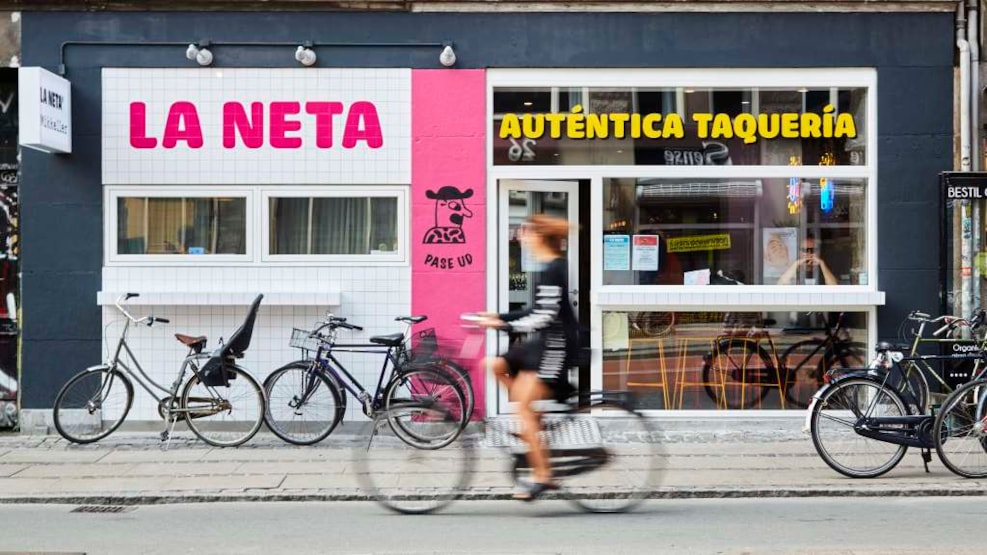 In Mexican slang, La Neta translates as "the truth", and that is what it's all about. Good atmosphere and a love for authentic flavours, mezcal, tequila and ten taps of Mikkeller beer to wash down the Mexican street food. To do this, they have brought their own tortilla press from Mexico and imported key ingredients and fresh, local products to ensure that the food is authentic and tasty. Their goal is to make a traditional Mexican taqueria outside of Mexican borders. They have now joined forces with the Danish Mikkeller beer in the multicultural and hip area of Nørrebro in Copenhagen.

Mikkeller is a global brewery and exports its micro-brewed beer to 40 different countries worldwide. They are internationally acclaimed as one of the most innovative brewers in the world, and now they have opened yet another eatery in Copenhagen in collaboration with Ricardo Medrano Treviño. Under the Mikkeller brand you will also find Ramen To Bíiru, Baghaven, Warpigs and Mikkeller Bar just to name a few.