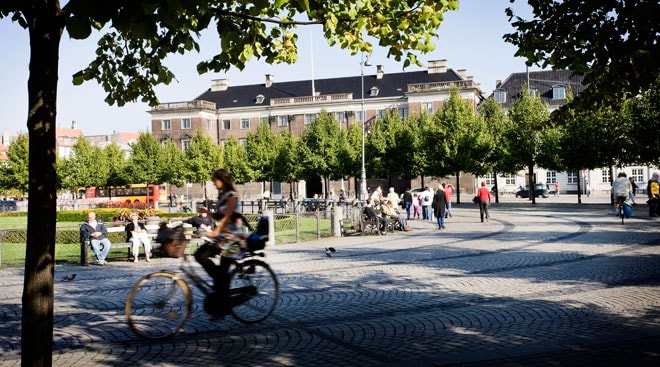 Kongens Nytorv - or 'The King's New Square' is the central Square in the heart of Copenhagen.

Kongens Nytorv - or 'The King's New Square' is a square in the heart of Copenhagen's old town, home to prominent institutions such as the Royal Theatre, Hotel D'Angleterre and Kunsthal Charlottenborg.

It's also steps from Nyhavn and from Strøget, the city's main shopping area, and has a metro station. It's a great place to start a walking tour of the city, and a good location if you like architecture and statues.

The square dates back to the 17th century, when it was surrounded by elegant buildings and played host to the city's finest inhabitants who visited the theater, hotel and Charlottenborg Palace (now the art gallery Kunsthal Charlottenborg). The equestrian statue of Christian V on horseback was raised in 1688 to celebrate the king who laid out the area. It is the oldest equestrian statue and royal sculpture in Copenhagen.