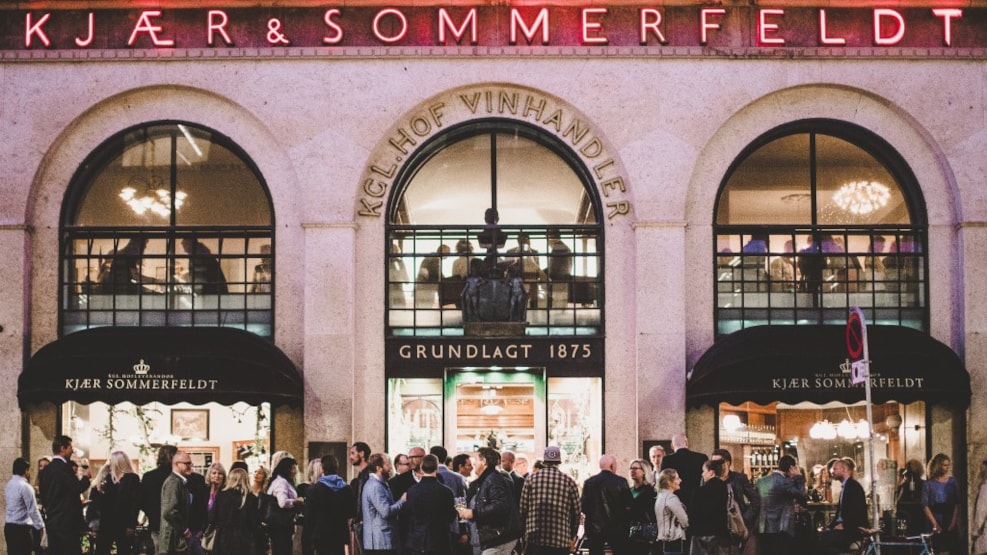 The old wine merchant in the heart of Inner City is something of an institution and have since 1875 been the place to dive into exciting and rare wine- and spirits collections. Kjær & Sommerfeldt has been the official wine supplier for the Royal Court for more than 100 years.

The grand store space, which has been in the same location in the Inner City since 1928, feels like entering a different age. Ageing wine- and spirits barrels reminds you that this institution has been around for more than 140 years.

Kjær & Sommerfeldt has since 1901 been the official wine supplier for the Royal Court and since 1959 been a Purveyer to Her Majesty.

Today, they’re one of the most important distributors to the hotel- and restaurant industry in the country, while the store in Copenhagen caters to the city’s wine enthusiasts.