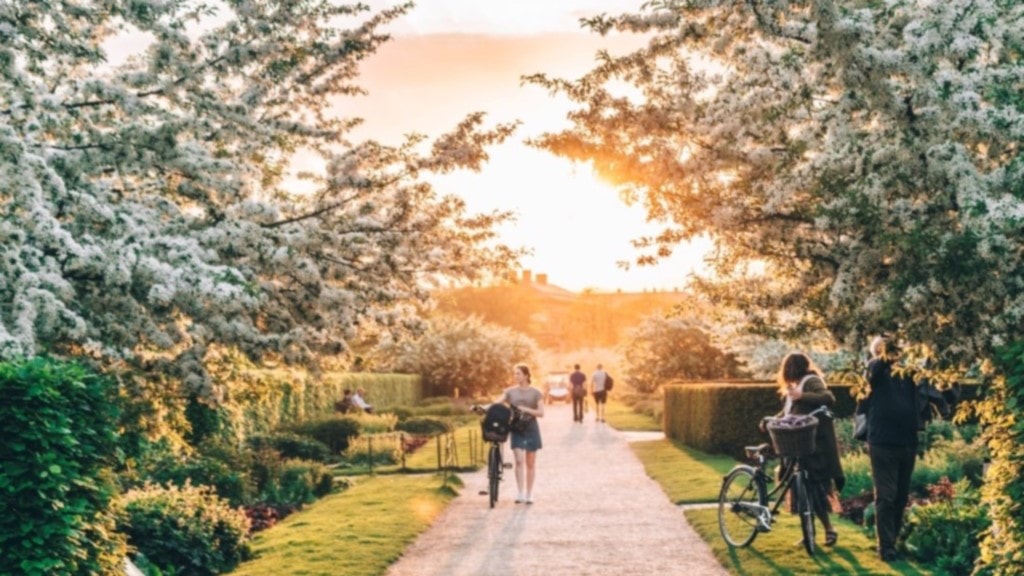 Also known as Rosenborg Garden, the beautiful King's Garden in central Copenhagen is the country's oldest royal gardens. Right beside Rosenborg Palace, its lovely lawns are a popular spot for a picnic in the summer, when the huge flowerbeds are in bloom.

Laid out in the early 1600s during the reign of King Christian IV, the gardens are a popular retreat in the centre of Copenhagen today, and are visited by an estimated 3 million people per year. It's hard to imagine today that they were restricted just for royal use for around 100 years.

In summer, there is a puppet theatre for children and the lawns are crowded with sun-worshipers on warm days. During Copenhagen Jazz Festival several bands can be heard playing within the area. There is also an artistic adventure playground and a new garden developed in 2001, the symmetrical Renaissance garden Krumspringet.

What else can you find inside the park? Take your choice of three entrances and wander along tree-lined paths, under rose-bound arches and to the Hercules Pavillion and the statue of Hans Christian Andersen among a multitude of different sculptures. The Kings Gardens includes herbaceous borders, a rose garden and several fountains.