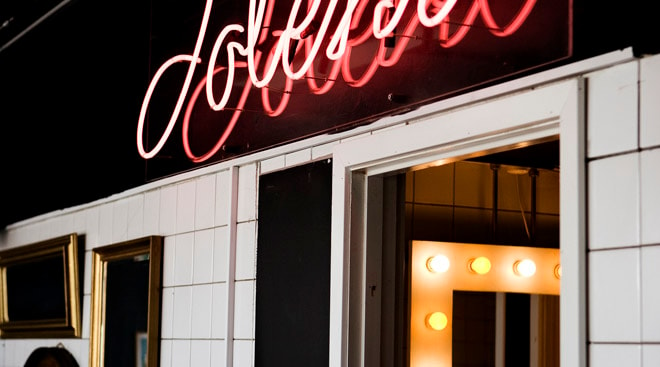 Jolene opened in 2007 and instantly became a boisterous success. So boisterous it was shut down after only 4 months due to incessant neighbour complaints.

Jolene is a bar. Not a cocktail venue. At Jolene's you drink your beer from the bottle. Period. Shabby furniture and tattered lamps all contribute to the relaxed, industrial-chic atmosphere in which vibe-thrusting DJs spin their way through the night. Now and then live rock bands take over, and they also have mothly LGBT event called THROWback Parties.


Jolene is a real find!! And you can be as noisy as you like.