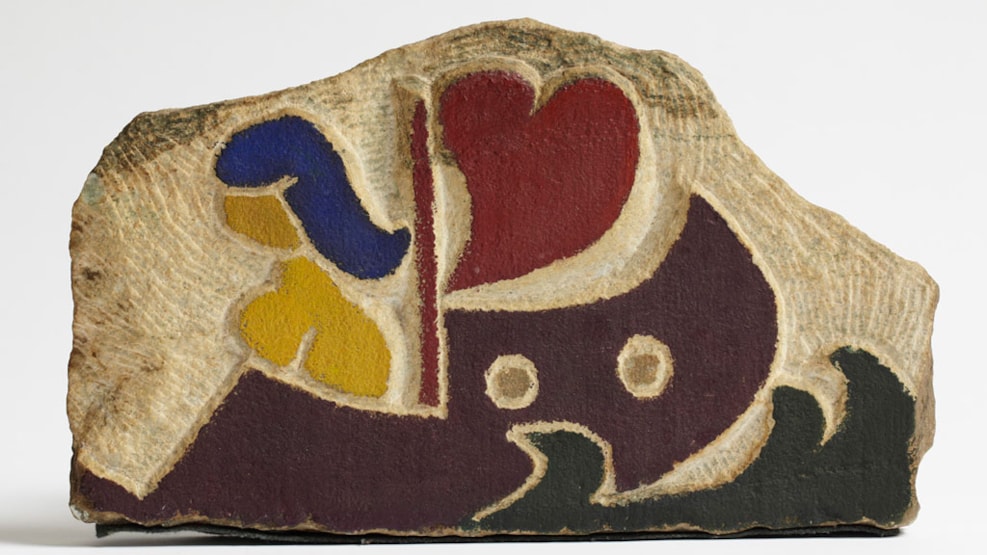 In Rødovre is a small, overlooked gem of an art museum: Heerup Museum.

The work of Danish painter, sculptor and graphic artist, Henry Heerup (1907-1993) is placed in a fine, light building in Rødovre.

Henry Heerup's art is characterized by a very personal symbol and image style, often characterised by powerful symbols like hearts, horseshoes and the like.

Art made of everything

Heerup is known to have expressed himself in almost any material, everything from rocks and garbage to paper and canvas has gone through his hands and imagination.

At the museum you can see how recycling was something fundamental to Heerup. Everything that we would throw away, he could use for his art. Old discarded objects were given a new life in Heerup's sculptures.

The Heerup Museum also has a large part of the artist's personal stuff. Working tools, music books, gifts from fellow artists and little things that Heerup found on his daily bike rides.