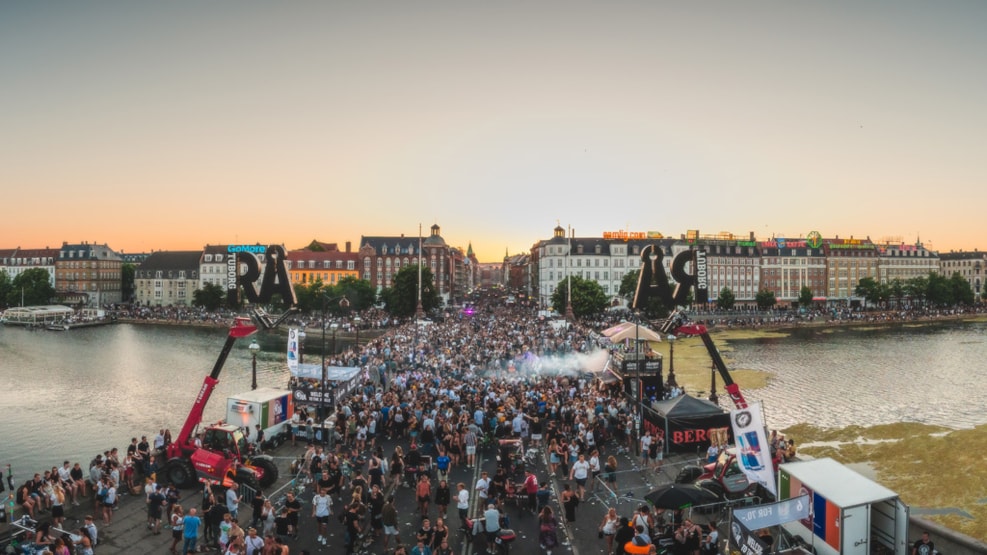 Copenhagen's biggest street party and electronic music festival attracts 100,000 partying Copenhageners to the streets of different neighbourhoods in the city.

When daytime parties in the streets of Nørrebro and Vesterbro end, the club parties take over in Copenhagen's best venues, and friday and saturday the area of Refshaleøen transforms to Scandinavia's biggest electronic music festival, Distortion Ø.

Each summer, the Distortion party tsunami rolls through Copenhagen with a vision to move all sorts of parties out into the city's public spaces and to pay tribute to the city of Copenhagen.

Each day, Distortion moves the party from one area of the city to the next, and culminates in the roaring Distortion Ø party in the once industrial, now vibrant island of Refshaleøen.

Distortion Pass gives access to all five festival days incl. all advantages of the street party wristband, all club events and the two-days festival Distortion Ø.