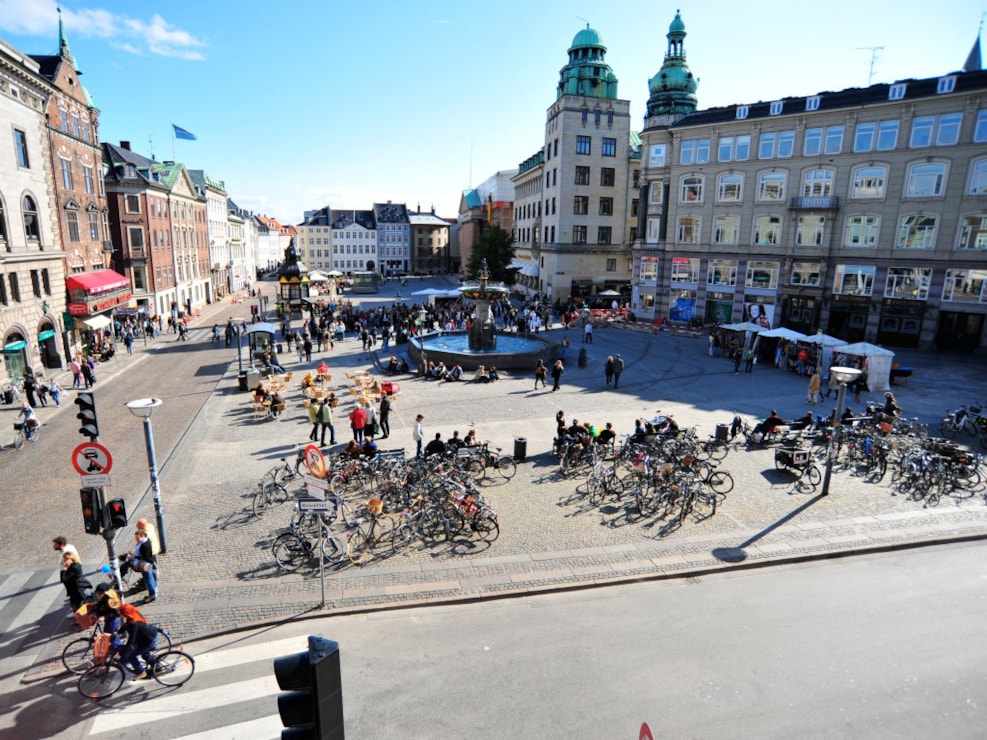 Caritas / 'Fountain of the golden apples'

Caritas / 'Guldæblespringvandet' was erected by King Christian IV at the same time as the third City Hall in Copenhagen (1606-1610).

Caritas means charity and refers to the sculpture group on the top of the fountain, modelled after a wood carving from 1608 created by Otto of Luneburg.

In the 1781 the dilapidated fountain was renovated with a new base under basin carved in marble (probably left-overs from the building of the Marble Church).

The base bears the monogram of King Christian VII and the city arms of Copenhagen. Restored by Hans Tegner in 1890-92. The fountain played in its new appearance for the first time on 26 May 1892 to mark the golden wedding of King Christian IX and Queen Louise.

- but not in case of below zero temperatures.

The golden apples can also be seen when foreign heads of state visit Copenhagen, but only if the fountain is on the route they drive and only during the passage.