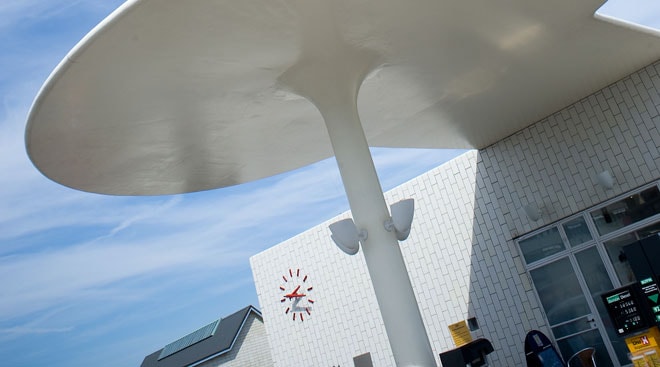 Danish architect Arne Jacobsen's old petrol station from 1938 is still operating, and the sea view you get when filling up your car is just as good as back then.

The petrol station was nicknamed Paddehatten, the Mushroom, because of its ellipse-shaped canopy roof.

By this simple means Arne Jacobsen managed to build an impressive structure - one that was later to be considered among his finest functionalist masterpieces.

The petrol station was designed, under contract to Texaco, as a new standard model. But the model was never put into production. It is now a class A historic monument.

To this day, the petrol station remains the only one of its kind, fully intact and virtually unaltered since its erection in 1938. Only the petrol pumps are recent additions.