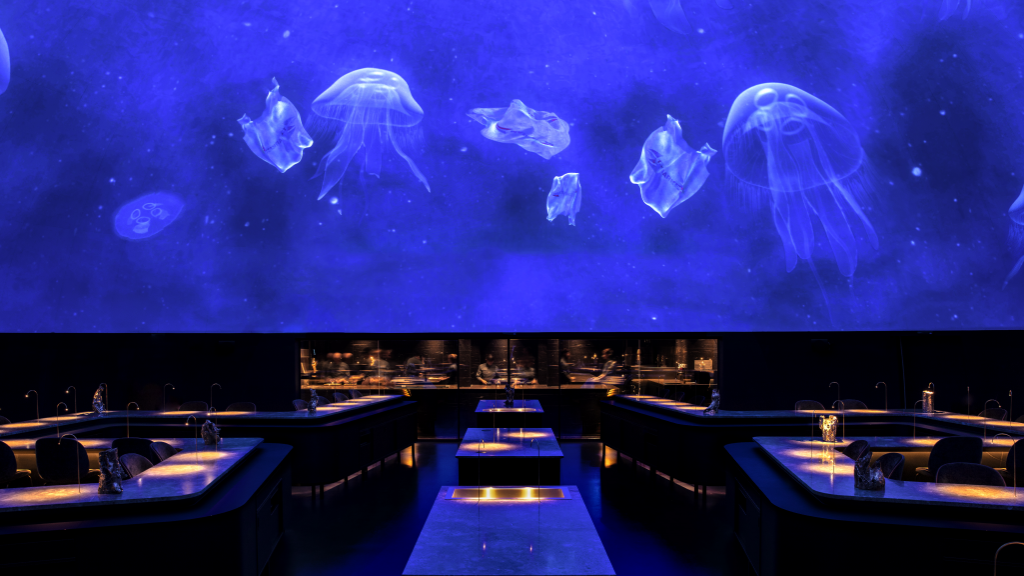 Alchemist
Add to my trip

Excpect the unexpected! That’s the mantra of 2-starred Michelin restaurant, Alchemist. Behind its massive bronze doors hides theatre, 50 courses and a holistic dining experience to blow your shoes off.

After only being open for a bit more than half a year, Alchemist, the brainchild of chef Rasmus Munk, received 2 stars in the famed Michelin guide in 2020. Something that has never happened for such a young restaurant on Danish soil before.

Moving from a tiny 15 seat restaurant, Alchemist and chef Munk has taken the restaurant and dining experience to new and unseen heights. With a set menu off 50 “impressions”, albeit being surrounded by art, theatre, sound and light whilst dining, the main focus is still on the food. A menu that’s not only meant to be delicious but also political and commenting social affairs and the present. Chef Rasmus Munk says, that he wants the dining experience to resound further than the restaurant industry and make people eat, and then think.

Alchemist is set in the raw and industrial neighbourhood, Refshaleøen, and its interiors is just as baffling as its surroundings. When was the last time you dined under a dome with a flickering aurora borealis above?